Workers filed another 2.4 million unemployment claims last week, a slight drop-off in the wave of historically high weekly filings since the economic fallout from the coronavirus pandemic began.

Weekly claims continued to log in at high levels, though they are down since an initial surge in layoffs drove claims to a peak of nearly 7 million at the end of March, according to Thursday’s Labor Department report.

Meanwhile, the ranks of workers receiving benefits swelled in early May. In the week ended May 9, the number of so-called continuing claims—a proxy for overall levels of unemployment—increased to 25.1 million from 22.5 million a week earlier. Continuing claims figures lag by a week from initial claims filings.

The claims totals exclude hundreds of thousands of self-employed and gig-economy workers receiving unemployment benefits for the first time through a temporary coronavirus-related program. The omission of self-employed workers means the actual number of workers seeking claims has been higher since the federal program called pandemic unemployment assistance, included in a stimulus package approved in late March, got under way.

“The pandemic unemployment assistance program is giving us a view into a segment of the workforce that’s harmed during a recession that we don’t typically get,” said Dante DeAntonio, an economist at Moody’s Analytics. “It gives us a better handle on the scope of what’s happening.”

While layoffs appear to have subsided in recent weeks, the number of people without work continues to remain at record-high levels. As of the beginning of this month, a large share of workers eligible for unemployment benefits were drawing on them in states across the nation, with particularly big parts of the workforces in Nevada, Michigan and Washington claiming benefits.

Many states reported fewer layoffs in early May at restaurants and health-care companies, the report said.

States have been paying out unemployment benefits to newly eligible workers such as independent contractors and self-employed individuals in recent weeks. As of Tuesday, 43 states were making such payments, a U.S. Labor Department spokeswoman said.

Arizona mailed out unemployment checks to 165,000 individuals early last week who were eligible for unemployment under the self-employed program.

New Jersey processed 135,000 such applications between April 26 and May 9. Officials expect that number to increase significantly over the next two weeks as they fine-tune their processing of these claims.

It isn’t clear how many self-employed Americans and people seeking part-time jobs, who also were previously ineligible for unemployment benefits, were applying for benefits as of early May. Many states aren’t yet reporting these claims to the U.S. Labor Department.

The rollout of the program is helping put money into the hands of Americans like Kathy Faber, 59 years old, of Bristol, Conn., who owns a bridal and evening-wear shop that was forced to temporarily close in late March due to the pandemic. 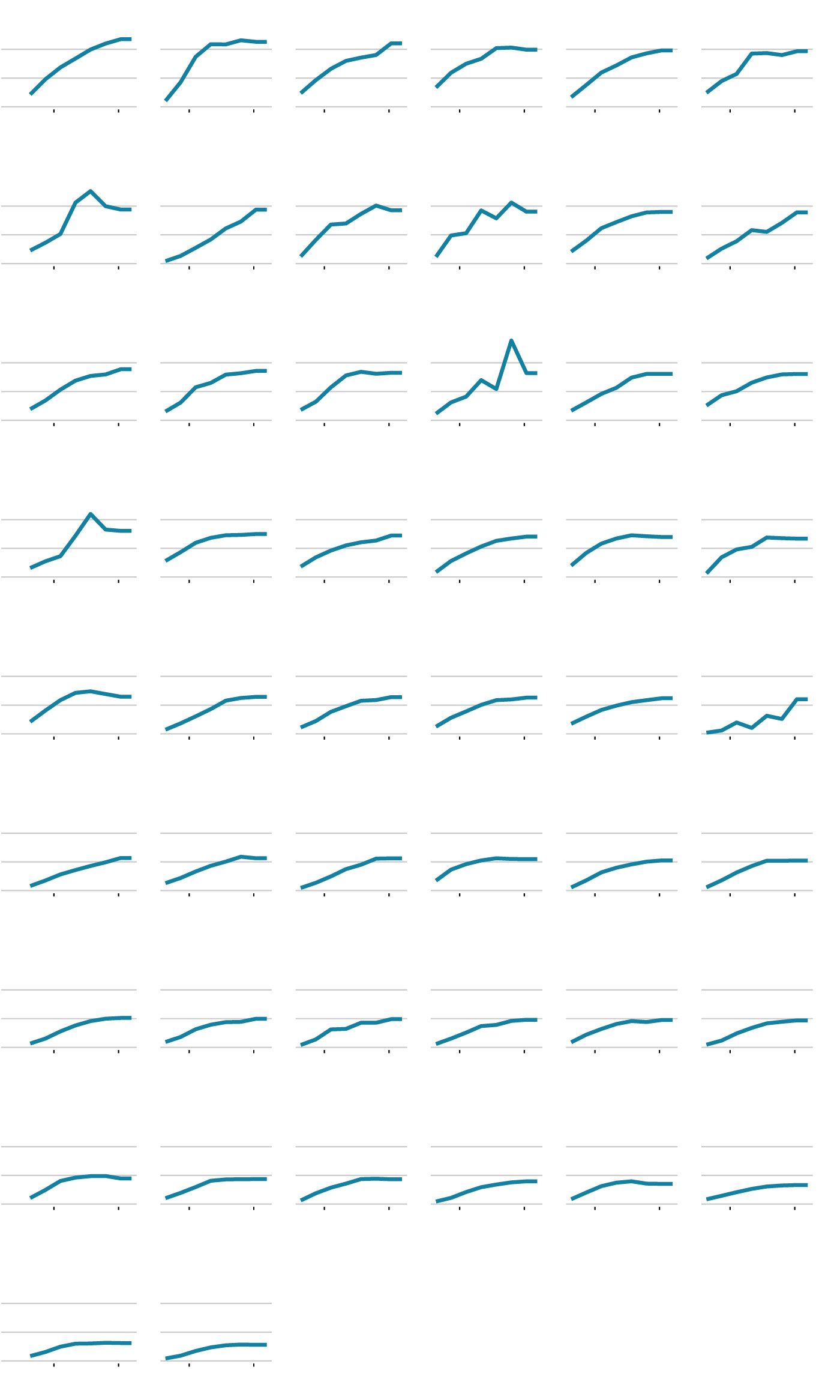 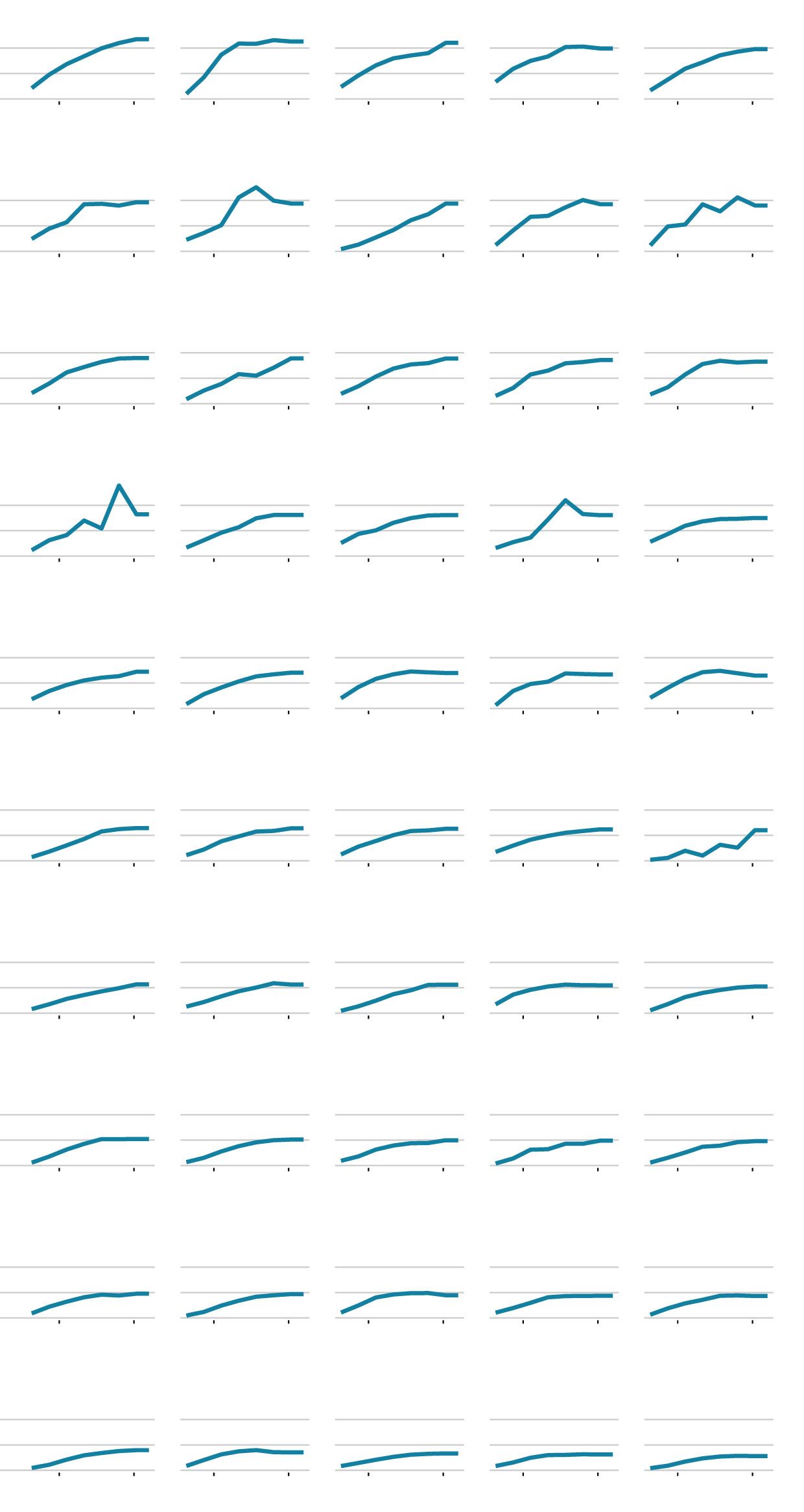 Ms. Faber said she spent weeks trying to apply for pandemic unemployment assistance in Connecticut. After the state began accepting applications on April 30, Ms. Faber was approved and her benefits, which she said total a couple hundred dollars a week after taxes.

“Obviously it’s not the income you get when you’re working,” she said. “But it takes care of the electric bill, the phone bill. I’m happy that I got anything because usually for the self-employed, you’re on your own.”

Some states recorded large initial surges in claims under the self-employed program that have since subsided. Rhode Island, for instance, began accepting applications earlier than most other states and saw more than 11,000 people apply for the pandemic claims in a single day in April. As of last week, the state reported only hundreds of these claims were filed daily.

States vary in the level of demand they are likely to see based on the composition of their labor force. In California, about 8% of workers get income from self-employment and are likely eligible for pandemic unemployment assistance—nearly double the share in Utah—according to economists Andrew Garin and Dmitri Koustas in a University of Chicago report.

A bill passed by the Democratic-controlled House last week would extend enhanced unemployment benefits into early next year. Republicans, who control the Senate, have been cool to the idea, though some have offered support for modifying the aid.

In a conference call with House Republicans on Wednesday, Senate Majority Leader Mitch McConnell (R., Ky.) indicated he wouldn’t support an extension of the $600 a week boost in unemployment insurance.

Sen. John Thune (R., S..D), the No. 2 Senate Republican who is responsible for counting votes, said there is no consensus in his caucus on this issue. “We have some who, you know, think obviously that is going to have to be extended in some way, because we’re going to run through the 13 weeks”

States are still confronting snags in implementing the self-employed benefits. Illinois, for instance, experienced a data breach last week at its website used to apply for the federally funded claims, which made public the personal information of some applicants.

The Illinois Department of Labor said in a statement it was working with Deloitte to “run a full-scale investigation into the matter.”

Arkansas’s website to apply for such claims also experienced a data breach. A spokeswoman for the state’s Labor Department said it “took the system offline” upon discovery of the incident last Friday.

Have you or someone you know navigated the unemployment system as an independent contractor? Join the conversation in the comment section.

Have you been temporarily let go or furloughed from work? We’d like to hear about your experience and what your employment future looks like. Use the form at the end of this article to contribute to a future reporting project.

More broadly, state labor departments have struggled to process the surge in claims due to the volume and faulty computer systems.

Although many states are working with outdated technology to process the onslaught of claims, Mr. Asaro-Angelo of New Jersey said his state’s biggest challenge is actually the high demand for experienced claims specialists.

“The real bottleneck is when humans need to be involved,” he said. “As much as we’re trying to supplement and augment all of our staff and capabilities, the actual process of going into someone’s unemployment-insurance claim and fixing it requires someone who’s gone through a background check, who’s had weeks or months of training.”

In New York, more than 560,000 previously ineligible workers have received unemployment payments under the expanded benefits.

Isabella Olaguera, 22, found applying as a freelancer to be complicated.

As the pandemic took hold, demand dried up for Ms. Olaguera’s work managing crews and project schedules for film and commercial shoots, and she filed for unemployment benefits in New York.

“I’ve read up on it,” Ms. Olaguera said, “and focused a lot of energy into doing this, but it still confuses me.”

She has been collecting benefits, including a supplemental payment of $600 a week before taxes, since early April.