A gentleman of very refined taste, the maestro has a passion for cars and used to himself tune their engines. By listening to the sound of a car engine, Khan saab could say if it was tuned properly. He didn’t care much about the concept of drivers and would himself take off on cross-country drives. According to son Shujaat, “He used to do this even during his childhood.” Going out on drives from Kolkata to Mumbai, Kolkata to Delhi and Mumbai to Dehradun was common. So passionate was he was he about his cars that he even had ‘sitar’ written on one of its number plates. He was perhaps the first person in India to import a Jaguar XK 120 and also had a seven series BMW. “While others were importing American cars then, he was one of the first few people in India to have imported a car of European make. Later on, King Zahir Shah presented him with a black Mercedes. Abba changed cars every two years. He must have had 12 Mercs in his possession,” said son Hidayat Khan. 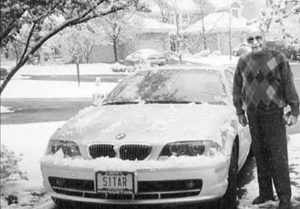 Very few people know that sitar maestro was an excellent ballroom dancer as well. Recalling his courtship days, his first wife, Monisha, had once said that he took ballroom dancing lessons from a Czechoslovakian lady by the name of Mrs Kroder. They were regularly spotted at the Prince’s – the most scintillating nightclub of the Oberoi Grand in the 50s Kolkata. There are stories of how others would leave the floor of the Prince’s and encircle the couple to see how they matched their steps. Even in Shimla, they had won the Made for Each Other Contest because of their ability to set the dance floor on fire.

Scent of a man

Khan saab’s collection of attars and perfumes could put any wardrobe of today’s models to shame. He used different ones for different times of the day as well as different seasons too. Legend goes that he once had walked into a cologne shop in Paris at nine in the morning and walked out of it with a suitcase full of them. That was only after the shop had downed its shutters. “He had a 300-year-old collection of attars that were kept in bottles made of animal skins!” Hidayat said. 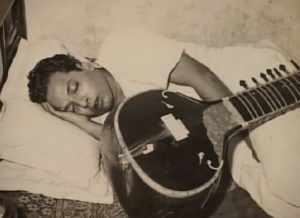 Ustad Vilayat Khan with his sitar

Not just perfumes, the legendary musician also had an immaculate collection of angrakhas, shawls and shoes. He got his angarakhas stitched by an in-house tailor. “My father also had a great collection of antique pieces of jamewar, pashmina and kaani shawls. He would get his suits from Savile Row in London,” said Shujaat. His churidars were tailored in a way that they looked as if he had slipped them on and then got them stitched. He would insist on mica dust being sprinkled on his kurtas that had to have ‘gile’ done on the sleeves. His wardrobe had a collection of over 100 pairs of shoes and 25 spectacle frames. Diamonds too were a favourite.

Of paan, pipes and cigar

In his early years, he had a special fascination for paan and had an intricately designed paanbox too. Though he quit smoking in 1996, Khan saab loved his collection of some 100 pipes from all over the world that were made of different material, including stone and wood. He had different types of pipes for different kinds of tobacco and separate ones for separate times of the day. He even used a separate pipe while playing billiards. 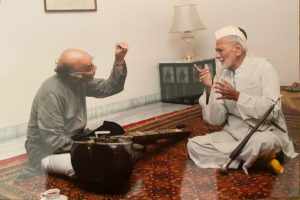 Not just playing the sitar, Khan saab was a fantastic billiard and snooker player. “I remember him playing at clubs and bars in Shimla, Nainital, London and Berlin. He was extremely good at billiards. During those days, people would go on holidays to Shimla and Nainital. And then, everyone would play billiards. It was a part of the tradition. Of course, he did it even in Mumbai. But it wasn’t that often. He was also a great horse rider and swimmer,” Shujaat said.

Till his 70s, he would go on hunting expeditions. It was during one such expedition in the forests of Himachal when he had an unnerving experience of shooting a baby deer. “In the pitch darkness, Abba had fired three shots but missed the target. All he could see in the darkness was two glowing eyes. When he went forward to check the matter, he found a fawn who had frozen in fear. Abba quit hunting from that day,” Hidayat said.

Arms and the man

Yet, his collection of guns remained. “He had a shot gun which was gifted to him by the Shah of Afghanistan in the 60s. My father was very close to the royal family of Afghanistan. Five people had worked exclusively to make it,” Shujaat said. Khan saab also had another revolver in his possession with a typical mother of pearl handle. “This was gifted by the Queen of Iran. He also had another revolver of the Webley and Scott make. He had gifted it to me on my 21st birthday. He had these three weapons but was not fond of them and didn’t go around collecting weapons,” he added.

As the world continues to be awestruck by his mastery over strings, these stories only add to the enigma of the artistic mind of the maestro.