Undoing 6 decades in 6 years: Modi has turned India into a self-reliant country brimming with self-confidence

The developmental journey of India in the last six years, under the dynamic leadership of Prime Minister Narendra Modi, has been amazing, unimaginable and praiseworthy. This time, in contrast to the anxiety, stagnation, and hollow promises of the pre-2014 era, the public has seen the ability to reach targets ahead of time with strong leadership, trust in people, their cooperation and self-confidence. Undoubtedly, the Modi government has bridged the gap of six decades in six years and has laid the strong foundation of a self-reliant India. 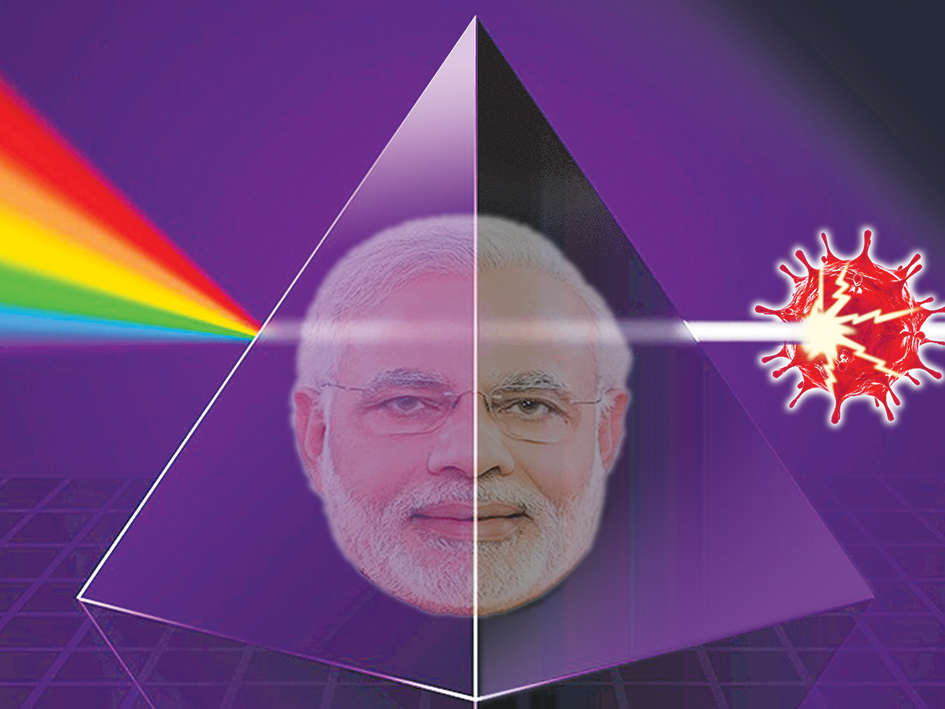 Making India the world’s foremost economy from the “Fragile Five”, taking India out of the shadow of terrorism and preparing the country for a decisive fight against this menace, making sanitation a habit and culture of every Indian, pledging to transform the villages and lives of poor farmers in the true sense, India has now seen its ability to convert challenges into opportunities in the very first term of the Modi government. The first year of the second term has assured the people of the country that their dreams would be realised.

The BJP-led central government has implemented every promise in its manifesto. Its resolution has not only validated the importance of manifestos, but also strengthened the roots of democracy. Several historic decisions like abolition of Articles 370 and 35A in Jammu & Kashmir, paving the way for construction of Shri Ram Temple, liberating Muslim women from the curse of triple talaq and giving citizenship rights to deprived sections of society through CAA: The Modi government has rectified the historical mistakes after Independence.

On the other hand, through the world’s largest health insurance scheme ‘Ayushman Bharat’, about 50 crore poor people of the country are relieved of the burden of treatment costs, empowerment of crores of poor women through Ujjwala scheme, financial assistance of Rs 6,000 annually to farmers, housing to every poor and access to banks through Jan Dhan account are some of the all-encompassing decisions of a New India. In this way, the Modi government has become an unprecedented example of coordination between ‘creation and reform’. It must be kept in mind that all the important bills were passed by both the Houses of Parliament, despite BJP not having majority in the Rajya Sabha.

The decisive assault on terrorism and corruption by the Modi government has instilled a different kind of confidence in the country. Terrorism has been blunted through the UAPA and NIA Act. India’s aggressive foreign and defence policies have put the country in the front row and there has been a complete change in the world’s view about the country.

In the first year of the second term of the Modi government, many decisions were taken giving a boost to India’s economy in spite of the global recession. These include paving the way for FDI in civil aviation, reducing corporate tax, merger of banks, moratorium on NBFC loans, reforms in the Companies Act, easy loan arrangements for the development of MSME sector among others. The Bru-Reang Refugee problem pending for years was also resolved in the first year of Modi 2.0, under the Bodo Accord. Similarly, the landmark decision was taken to create the post of chief of defense staff (CDS), again pending for decades. The interests of farmers and businessmen of the country were protected by opposing RCEP, whose importance is further underlined by China’s role in the coronavirus situation. Foreign investment was not only attracted by creating a defence industry corridor, it has also saved millions of crores of foreign exchange.

Pension schemes for farmers, labourers and small entrepreneurs, creation of a new ministry of Jal Shakti, one country one ration card, Pradhan Mantri Fasal Bima Yojana, the decision to increase the MSP of crops more than one and a half times, developmental scheme for aspirational districts, Ujjwala and Saubhagya Yojana as well as Swachh Bharat Abhiyan for ODF India have established that economic growth especially in terms of GDP can also be achieved with the help of welfare schemes for the poor.

The Modi government has announced special economic package of more than Rs 20 lakh crore for people, economy, employment, agriculture and industries affected by lockdown that has been imposed to prevent coronavirus infection and this has heralded a new dawn for a self-reliant India. So far, more than about Rs 60,000 crore have been transferred to the accounts of the poor, labourers, farmers, widows, elderly and differently abled people in just two months through various schemes. A provision of free ration for the poor for five months has been made and a separate provision of Rs 40,000 crore has been made under MGNREGA.

While we were completely dependent on imports for PPE kits, ventilators and N-95 masks in early April, today we are able to mass produce them. Now, around five lakh PPE kits and 2.5 lakh N-95 masks are being made in the country every day. The indigenous versions of the ventilator are being manufactured by many institutions in the country at prices much lower than the market price. More than a million corona beds have been made available and we have also achieved a capacity of 1.5 lakh tests per day.

India has succeeded in stopping the spread of corona to a great extent due to the lockdown at the right time. Under Modi’s leadership, India is moving towards becoming a nation where equal and right opportunities for education, employment, medical facilities and advancement will be available for everyone. In the last six years, India is moving fast towards becoming a self-reliant nation by bridging the gap of six decades. Modi is the hero of this journey.