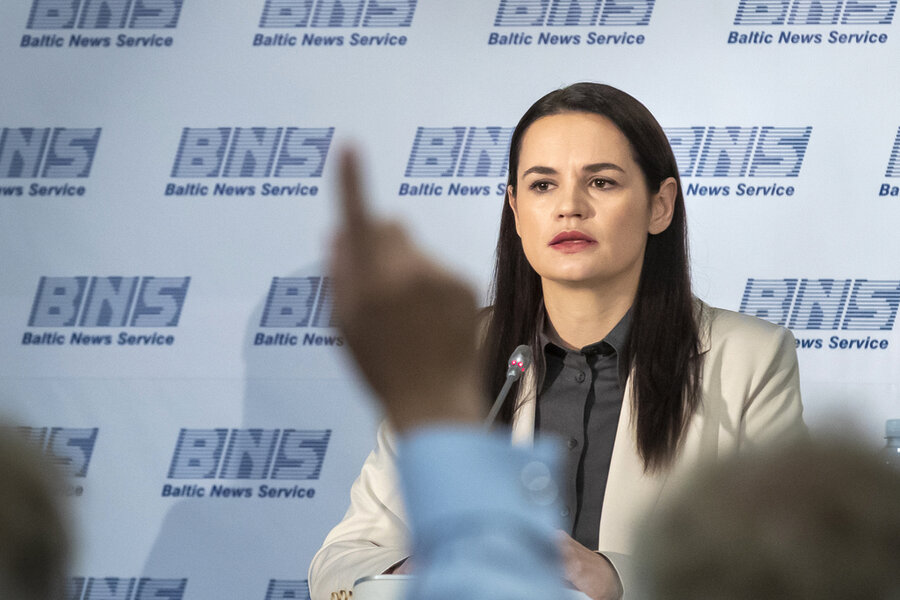 One tool for a country to express soft power in the world these days is through hospitality toward endangered pro-democracy dissidents. The welcoming kindness can change the course of events, not to mention save lives.

The latest example of hospitality as diplomacy comes from Germany. Last week it provided a medical rescue for Russian opposition leader Alexei Navalny after he was poisoned in Siberia. (France also offered to take him in.) He joins other prominent democrats-in-exile in Berlin, such as the Chinese artist Ai Weiwei.

The United States is now providing a haven for Cai Xia, a former teacher in the Chinese Communist Party’s ideological school. Last week, she was expelled from the party and stripped of her pension after referring to party leader Xi Jinping as a “mafia boss” and for advocating for democracy. “I’ve regained my freedom,” says Ms. Cai, who has also gained a safe base from which to advocate for reform in China.

Spain is providing a home for Venezuela’s would-be president, Leopoldo López, at its embassy in Caracas. Several European nations are offering a base for Syria’s pro-democracy leaders. Taiwan, Britain, and Canada have become popular destinations for Hong Kong’s fleeing democrats. After Beijing imposed a national security law on the territory in July, the U.S. Congress took up a bill that would fast track asylum applications for people from Hong Kong.

Hospitality among freedom-loving countries provides a moral counterpoint to the brutal suppression of dictatorships. “I’ve forgotten what a normal life is like,” said Hong Kong dissident Tyrant Lau after arriving in democratic Taiwan.

In Belarus, the current repression of protests by strongman Alexander Lukashenko after a rigged election has led Lithuania and Poland to open their borders to escaping democratic leaders.

“We appreciate the Polish government, Poland itself for your hospitality, for letting us in and for supporting us in this difficult time,” said Belarusian opposition activist Veronika Tsepkalo, who has joined her husband in exile.

Tiny Lithuania, with a population of 2.8 million, has become a place of refuge for Belarusians in exile. The most famous is schoolteacher Sviatlana Tsikhanouskaya, the presumed winner of the Aug. 9 election. She fled after the election and now uses her base in Lithuania to guide a democratic revolution in Belarus.

This type of open-handed acceptance among democracies befits the original meaning of hospitality in Greek – “taking care of strangers.” Nations have been set free because of it. As a tool for soft power, kindness can have real power.