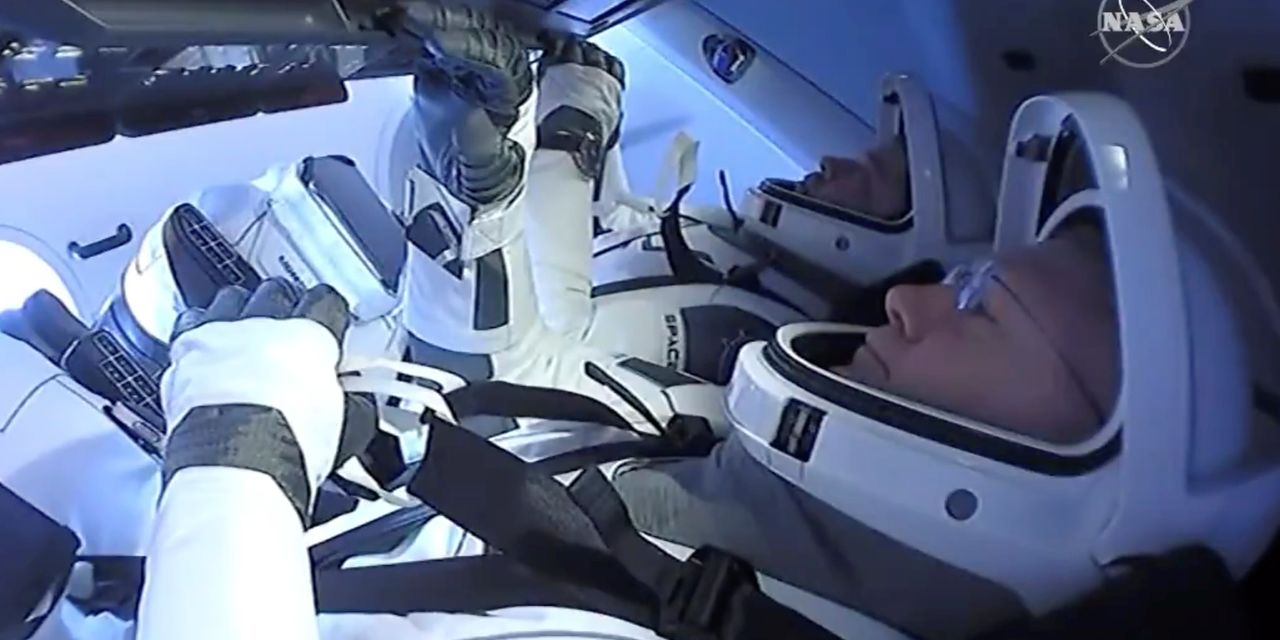 NASA astronauts Bob Behnken and Doug Hurley landed in the Gulf of Mexico near Pensacola around 2:45 p.m. local time, marking the first time a commercially built and operated spacecraft carried and returned people from the orbiting International Space Station. The Crew Dragon capsule, named Endeavour, performed as expected during the lengthy, fiery approach and slower final phase of the closely watched mission, with its four main, brightly colored parachutes braking its final descent.

Elon Musk’s Space Exploration Technologies Corp., as the company is formally called, overcame years of technical problems, nagging delays, a launchpad explosion during a test and hordes of skeptics inside and outside government to reach the historic goal. SpaceX previously pioneered reusable boosters, which increasingly have been accepted by commercial and U.S. government customers, including the Pentagon.

With plans to start regular crewed trips to the orbiting international laboratory within months, SpaceX has vaulted ahead of Boeing Co. as the National Aeronautics and Space Administration’s most prominent example of joint government-industry endeavors beyond the atmosphere. NASA plans to use the same principles to send astronauts to the surface of the moon later in the decade, and ultimately to Mars.

Boeing, which also has an agency contract to transport astronauts into orbit, seeks to conduct a test flight of its capsule without crew later this year, following a botched attempt in December.

“Welcome back to planet Earth and thanks for flying SpaceX,” mission control radioed the crew as the capsule bobbed in calm seas.

More on the Mission

When the smiling astronauts exited some two hours later in front of video cameras, with the assistance of ground staff, Mr. Hurley had a pithy comment for average citizens: “You should take a moment to just cherish this day, especially given all the things that have happened this year.”

Waiting to be picked up by the company’s recovery vessel, the crew radioed they were in good condition.

Since the retirement of NASA’s winged Space Shuttle fleet in 2011—which landed on runways after space missions—the U.S. has relied on Russian rockets and capsules to ferry U.S. astronauts into orbit. NASA moved away from water landings in the mid-1970s, following a series of Apollo missions to the lunar surface.

In a message posted on Twitter, Vice President Mike Pence said, ”On behalf of a grateful Nation, thank you!”

In the midst of the coronavirus pandemic, NASA and White House officials have sought to use the mission to highlight U.S. persistence and scientific know-how. It also is the first step in what space experts see as a longer-term foundation for space tourism and a way to build momentum for proposed public-private partnerships to explore deeper into the solar system.

But President Trump’s administration faces stiff budget problems and major opposition on Capitol Hill regarding its plans for space travel.

Regardless of how political winds and legislative squabbles affect NASA’s existing plans, Mr. Musk and his management team earlier racked up a series of other technical coups, ranging from being the first to fuel rockets with astronauts on board to vertically landing parts of used boosters on floating platforms and reusing those sections multiple times.