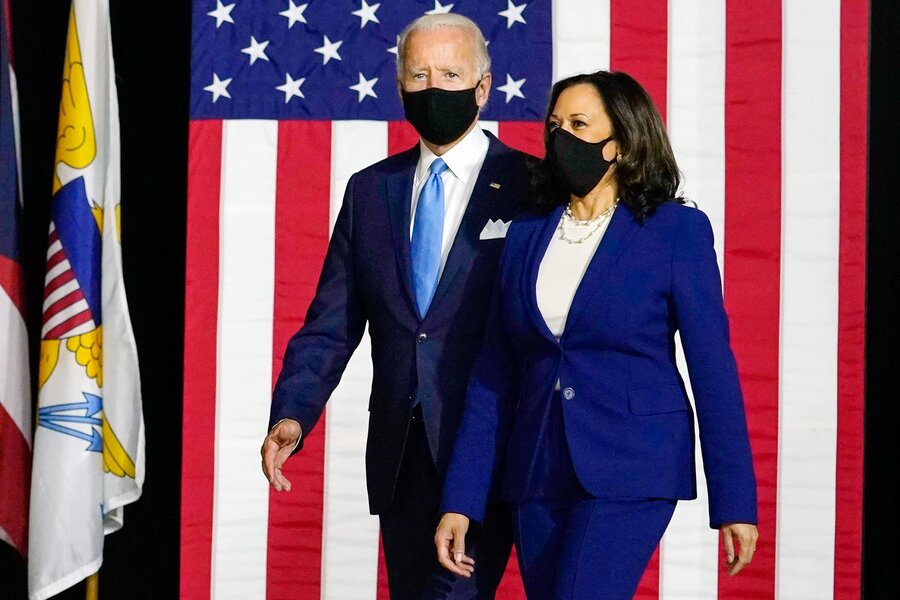 For the second time in four years, the Democratic presidential primary pitted the expanding progressive movement against an eventually victorious establishment. But as the party gathers virtually this week to nominate Joe Biden for the presidency, the possibility of President Donald Trump’s reelection has become Democrats’ unifying and energizing force.

“Nobody fits neatly and tightly into any one bucket,” said Georgia Democratic Chairwoman Nikema Williams. “What we all fit into is knowing that right now we don’t have leadership in our country, and it’s hurting all of us.”

That’s an important shift from 2016, when Hillary Clinton struggled to build a coalition between her supporters and those who backed Sen. Bernie Sanders, who again finished as runner-up this year. It reflects both the work Mr. Biden has done to court the left and the urgency among Democrats to defeat Mr. Trump, which has only intensified amid the coronavirus pandemic, economic turmoil, and a national reckoning on racism.

According to a Wall Street Journal/NBC News poll out Sunday, 58% of registered voters who support Mr. Biden say their vote is more against Mr. Trump than for Mr. Biden.

Still, the party’s ideological splits haven’t vanished. There are disagreements over how to achieve universal health care, make higher education affordable, overhaul law enforcement practices, and reengage with countries that are questioning America’s role in the world.

Leaders on the left warn that Mr. Biden must still keep their interests in mind, offering a reminder that even a November victory won’t guarantee a united front during a Biden presidency.

“Progressives are going to vote against Trump,” said Stephanie Taylor, co-founder of the Progressive Change Campaign Committee, but she called it “demoralizing and wrong” for Mr. Biden and the Democratic National Committee to give convention airtime to figures like billionaire Mike Bloomberg, the former New York City mayor who spent more than $500 million of his own money running for the nomination.

Ms. Taylor nodded at Mr. Biden’s pick of Kamala Harris as his running mate, the first Black woman on a major party’s ticket. But she cast the California senator, who is also of Asian descent, as an establishment politician alongside Mr. Biden, a former vice president first elected to the Senate in 1972.

“If Biden and Harris want to energize progressives to donate and volunteer,” Ms. Taylor said, “they need to elevate leaders like Alexandria Ocasio-Cortez and Julián Castro, and policies like canceling student debt and Medicare for All. Progressive energy matters, and voter energy matters. We’re fighting Trump as hard as we can right now – just don’t take that for granted.”

In fact, Ms. Ocasio-Cortez, the New York congresswoman and a face of young progressives, and Mr. Castro, who set the 2020 presidential field’s left flank on immigration, will speak during the four-night convention. But Ms. Taylor’s sentiment underscores the complexity in Mr. Biden’s effort to corral the spectrum of voters dissatisfied with Mr. Trump.

Despite Mr. Biden’s five decades at the core of the Democratic Party, he’s not a natural fit for every faction in 2020.

As younger activists gain clout in shaping the party’s priorities, Mr. Biden will be 78 on Inauguration Day, making him the oldest person to assume the presidency if he’s elected. As a white man, his core constituencies are white moderates and Black women, who revived his campaign in part because of their appreciation of Mr. Biden’s service as vice president to Barack Obama, the first Black president. And his reverence for institutions such as Congress is at odds with the most intense voices of both political parties, where activists often put a premium on outsiders and aren’t eager to compromise.

To a large degree, Mr. Biden is comfortable with the challenges. From its start, his campaign has been as much a moral argument against Mr. Trump as about settling an absolute identity for his party. He’s said plainly he wouldn’t have run if Mr. Trump weren’t president. Two of his three campaign themes are aimed squarely at the incumbent: “restore the soul of the nation” and “unite the country.”