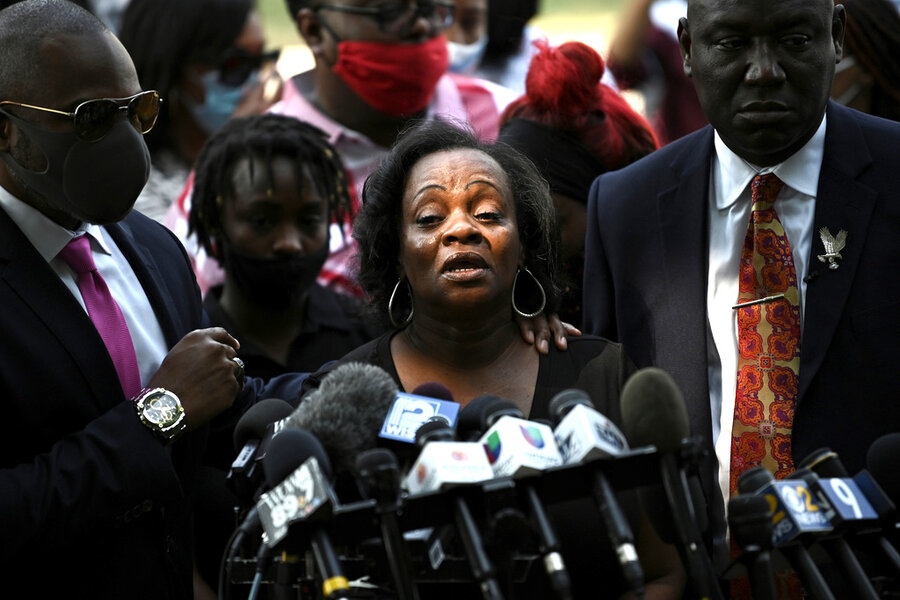 History is often shaped by singular events, the kind that touch human thought and then move both empires and concrete. The fall of the Soviet empire, for example, was sparked in 1989 by a modest relaxing of travel restrictions in East Germany. A mental wall was breached and, with it, the Berlin Wall.

This week in two different countries, New Zealand and the United States, similar events happened to amplify a yearning in Western societies to change the models of justice from a focus on punishment toward one that brings individual and social healing.

For the first time in its history, New Zealand handed down its most severe criminal sentence Thursday – life in prison without the possibility of parole – to Brenton Harrison Tarrant. In March 2019, the white supremacist attacked two mosques, killing 51 worshippers. During his sentencing, 91 survivors and relatives of victims addressed him directly – by turns angry, sorrowful, pitying, and empathetic. Many of their comments reflected a desire for something beyond the salve of seeing him locked away for life. As Janna Ezat, whose son was slain in the attacks, told the gunman, “I have only one choice: to forgive you.”

At nearly the same moment in the U.S., professional athletes put down their basketballs, baseballs, and tennis balls in protest over the Aug. 23 police shooting of Jacob Blake. Mr. Blake, a Black man, was shot seven times by a white officer in Kenosha, Wisconsin, under circumstances still under investigation. Like Ms. Ezat, Julia Jackson, Mr. Blake’s mother, reached for something higher than mere retribution: “God did not make one type of tree, or flower, or fish, or horse, or grass, or rock. Please let’s begin to pray for healing our nation.”

Such thoughts often get overlooked in the media’s fixation on justice as solely punishment. One alternative, known as restorative justice, is based on opening a dialogue between wrongdoers and those they have harmed, with the hope of moral elevation and perhaps reconciliation. Through apology, forgiveness, and inward reform, its purpose is to restore the wholeness of wounded individuals and communities. The use of restorative justice is now a common tool from juvenile courts to bankruptcy proceedings. It has been vital for healing in entire countries after violent conflict, such as in Rwanda, Sierra Leone, and South Africa.

It is also providing a framework for ongoing attempts to reconcile former colonies and their colonizers. Germany and Namibia, for example, are negotiating ways to redress gross violations of human rights during the colonial era. It may be the recipe for ultimately resolving the debate over reparations for slavery.

As difficult as restorative justice may be, its reasons are clear. “We must break the spiral of reprisal and counter-reprisal,” South African Archbishop Desmond Tutu observed in the final report of the Truth and Reconciliation Commission. “Confession, forgiveness and reconciliation in the lives of nations are not just airy-fairy religious and spiritual things, nebulous and unrealistic. They are the stuff of practical politics.”

In the months since the police killing of George Floyd in Minneapolis, many Black Americans have believed nothing would change in American society, especially police departments. That skepticism endures. Yet a key idea is taking root. Polly Sheppard, who survived the attack on the Emanuel African Methodist Episcopal Church in Charleston, South Carolina, in 2015, has expressed it this way: “There is no healing with hatred. You have to love each other.”

A door was opened this week in both the U.S. and New Zealand to rebalance the purpose of justice. As the South African commission noted, “Reconciliation is not an event.” Yet acts of forgiveness, as agents of justice, rest on an acknowledgment that love is more true to human nature than revenge – and more resilient. It takes down walls.