‘Money’ tells the history of currency – with some digressions 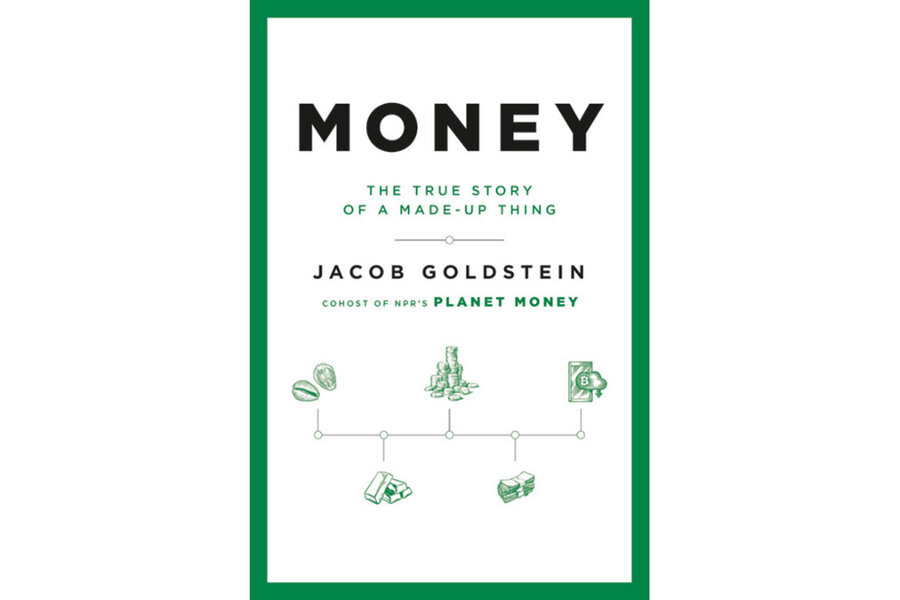 Many of us spend a good chunk of our waking hours in the pursuit of money: earning it, spending it, and (hopefully) saving it. How much money we have determines where we live and how we live. But what is it, exactly? That’s one of many questions that Jacob Goldstein, co-host of NPR’s “Planet Money” podcast, tackles in “Money: The True Story of a Made-Up Thing,” a courageous attempt to explain one of the most important and complicated of human inventions. And while Goldstein often does an admirable job in clarifying complex, abstract ideas, his book ultimately misses the mark.

He’s a fluid and clear stylist, but I got the sense that he was a little too enamored of his own voice. “Money” has far too many parenthetical asides, including “it’s good to be the Khan,” which appears in his account of how Kublai Khan forced his realm to adopt paper money, and again with “It’s good to be the king,” in a passage about how Charles II of England stiffed his creditors to finance war with the Dutch. Goldstein also overuses exclamation points, undercutting his own efforts at emphasis.

And sometimes both Goldstein’s writing and thinking get a little muddied. At the end of an eminently readable chapter on the invention of probability theory, which was critical to the development of modern finance, Goldstein adds a totally irrelevant retelling of Pascal’s wager: During a crisis of faith, the mathematician Blaise Pascal decided that believing in God was the safe bet, because if God did exist he would avoid going to hell, and if God didn’t exist, then there was no God to send him to hell anyway. “Probabilistic thinking,” Goldstein concludes, “had jumped the species barrier.” I think I understand the point Goldstein is trying to make, but after several re-readings that sentence still doesn’t make any sense.

The problems with this book are truly unfortunate – because at times, “Money” is quite good. Goldstein’s chapter on Bitcoin is the clearest explanation of the digital currency that I’ve ever read. And his account of the Great Recession’s effects on the European Union perfectly pinpoints the inherent problems of the Eurozone for its poorer members. Goldstein also writes about historical figures who deserve to be better known, such as Irving Fisher, a polymath and Yale economist whose ideas were instrumental to the U.S. recovery from the Depression.

Sadly, the excellent passages in “Money” don’t quite make up for its defects. Goldstein often discusses problems in economies based on coinage, such as the practice of shaving off small parts of precious metal coins to make counterfeits. He also devotes a substantial number of pages to areas of English economic history. Given his emphasis on these two subjects, Goldstein is guilty of a particularly glaring omission: not once does he discuss Isaac Newton’s transformative tenure as master of England’s Royal Mint. Newton oversaw an improvement in the quality and complexity of minted coins, thus making them much more difficult to counterfeit. He also supervised the integration of the currencies of England and Scotland after the Union of 1707. That Goldstein would ignore these two accomplishments and instead devote nearly an entire chapter to English artisans’ opposition to industrialization – which has little to do with his overall subject – is baffling.

Goldstein’s chapter on trends and events in the banking sector that caused the Great Recession of 2008 is also problematic. He devotes too much ink to the history of the first money market fund (which he could have omitted) but never once discusses the Clinton-era gutting of the Glass-Steagall Act, a law that barred commercial banks from engaging in investment banking. Some economists (such as Nobel Laureate Joseph Stiglitz) consider the neutering of Glass-Steagall as a major contributor to the 2008 recession. (To be fair, Goldstein does mention Glass-Steagall once in the chapter notes at the end of the book.)

“Money” had the potential to be an excellent book. But, for me, it did not live up to its promise.