Hong Kong’s expatriate community is shrinking, as new restrictions by China on speech and political activities and a tumultuous year of protests have diminished the allure of living and working in the Asian financial hub.

In recent months, the drumbeat of workers and families leaving the city has picked up pace, and executive recruiters say China’s recent imposition of a new national-security law in the city is already making it harder for them to convince job candidates from the West to relocate to Hong Kong.

The number of visas issued by the city’s immigration department for professional jobs tumbled more than 60% to 7,717 from January to June this year, compared with the 19,756 visas issued during the same period in 2019, likely due in part to the coronavirus pandemic.

Some international schools in Hong Kong have also forecast drops in enrollment for this coming academic year because fewer families are moving to the city to replace those that have left.

The departures include some in the financial industry, though many are staying put for now. Investment banks and asset managers in the city are doing roaring business, thanks to a flurry of stock and bond offerings from Chinese companies and large capital flows to Hong Kong this year.

The city’s reputation for press freedom also made it an Asian hub for Western media organizations, including The Wall Street Journal, but with the security law and recent visa delays, some newsrooms have been relocating staff elsewhere in the region or drawing up contingency plans to move if required.

But even before the recent turmoil in Hong Kong, some Western banks and companies were already basing some of their top global executives in Singapore.

Deutsche Bank AG ’s incoming Asia-Pacific chief executive recently relocated from Frankfurt to Singapore, according to a spokeswoman, after its previous regional CEOs over the past decade were either based in Hong Kong or the Southeast Asian city-state. Credit Suisse Group AG and UBS Group AG also currently have their top Asia executives in Singapore.

John, a Canadian citizen who works for an investment firm in Hong Kong and requested that his full name not be published, said he is making plans to move to Singapore or North America by September with his wife and 1-year-old son. His decision was in part prompted by last year’s violent clashes between protesters and police, some of which took place near his apartment at the time.

How do you see Hong Kong changing under China’s new national security law? Join the conversation below.

“Gas bombs, tear gas and violence is not a pleasant environment to raise a child,” said the 49-year-old, who moved to Hong Kong in 2016 from New York. The introduction of the national-security law this summer was the last straw for him, he said, adding he worries about how the law could crimp analyst research and increase Chinese government scrutiny over funds that are managed in Hong Kong.

“It’s creating a lot of concern in the financial community…the terms they are using (in the law), like subversion, secession and terrorism, those are very broad general terms that can address many things,” he said. “If people start to worry about what they write and talk about, it will be very detrimental to Hong Kong.”

China’s rolling back of Hong Kong’s autonomy has changed the calculus for expatriates who disagree with the new law and who have the ability and financial means to move. Some lawyers, business consultants and teachers have already left Hong Kong to take similar jobs in other countries, citing their need for free speech and a more stable environment for themselves and their families.

“The idea that you can talk freely in Hong Kong, that’s likely going to change, and change immediately,” said Jon Pratt, who worked for a number of global banks in the city over nearly 15 years. He said he always chose his words carefully when interacting with clients from mainland China and expects more businesses to practice similar caution going forward. 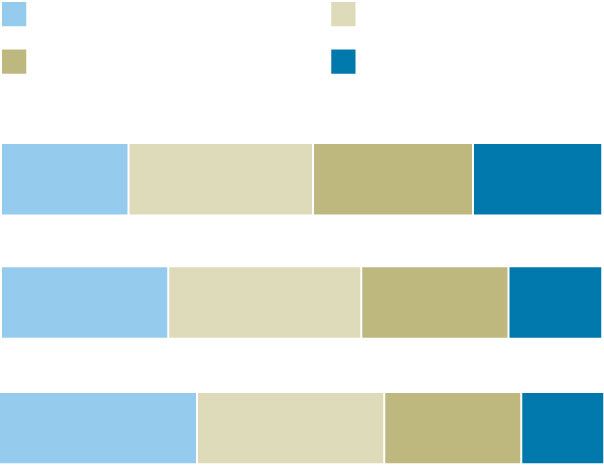 Now a U.S.-based managing director at corporate financial advisory firm Duff & Phelps LLC, Mr. Pratt said his firm is actually trying to increase its presence in Hong Kong as it is doing more business with Chinese companies. He said the city could still be an attractive place for expatriates who can accept some constraints on freedom of speech.

Olivia Milliken, an American-born attorney who moved to Hong Kong about six years ago, traveled to Vancouver early this year with her husband and four children on what was supposed to be a vacation to visit family. At the time, she and her husband, a Canadian, were contemplating a move in the summer following months of protests that had disrupted life in Hong Kong.

When Hong Kong’s government closed schools from February to prevent the spread of the coronavirus, Ms. Milliken said she enrolled her children in a local Canadian school and has now decided not to return to the city.

“I’m a lawyer trained in constitutional rights, and I don’t agree with what’s been stipulated in the national-security law,” she said, adding that “life is going to be very different in Hong Kong.”

The city of 7.5 million has more than 700,000 foreign residents, a category that includes domestic helpers as well as white-collar expatriates and their dependents.

Hong Kong’s immigration department received 39,606 applications for visas under its General Employment Policy—a category that requires individuals to have specialized skills, knowledge or experience—between April 2019 and March 2020. That is down from 45,301 applications in the financial year ending in March 2019. Applications for visa extensions under the same category in the first six months of 2020 were also down 23% on the same period last year.

A Hong Kong government spokesperson told The Wall Street Journal that declines in visa applications were understandable given the economic downturn this year due to Covid-19. The pandemic has delayed obtaining visas by several months, and some international banks have put hiring freezes in place. Asian banks have also increasingly opted to hire locally.

But political concerns have also played a big role. Eugenia Bae, a Hong Kong-based recruiter for banks and hedge funds, said about 10% to 15% of her clients, including front-office bankers and portfolio managers, have asked her if she could help them find jobs back in their home countries or in cities such as Paris, Tokyo, and Seoul.

“It’s clear that after the security law has been enacted, foreign professionals are rethinking the possibility of living in Hong Kong long term,” said Ms. Bae, who has worked in finance recruiting for 19 years. She said some clients are also pre-empting the possibility that their current employers may decide to leave Hong Kong.

A July survey by the American Chamber of Commerce in Hong Kong found that more than half of the 183 members who responded are considering leaving the city in light of the new law.

“We understand, and would not be surprised, if people may have considered leaving in 2019 due to the violent protests and anarchy on the streets by radical protesters,” the Hong Kong government spokesperson said. The national-security law would provide stability and certainty for businesses to operate without fear of disruption by protests, the spokesperson said.

James Singh, a founding member of BFAM Partners, one of the city’s biggest hedge funds, says Hong Kong has also become a more complicated proposition for companies looking at where to deploy staff.

“Would I recommend someone taking an expat assignment in Hong Kong? The answer’s yes. It’s a wonderful place to live and do business and raise a family,” said Mr. Singh, an American who has also lived and worked in the U.S., Britain and Japan. He retired last year.

“If you’re a senior executive asking ‘where should I establish a new Asia HQ?,’ you really have to ask yourself a lot of tough questions,” given all of the recent changes, including the passage of the security law, and other challenges such as disruptions to international supply chains during the Covid-19 crisis, he added.