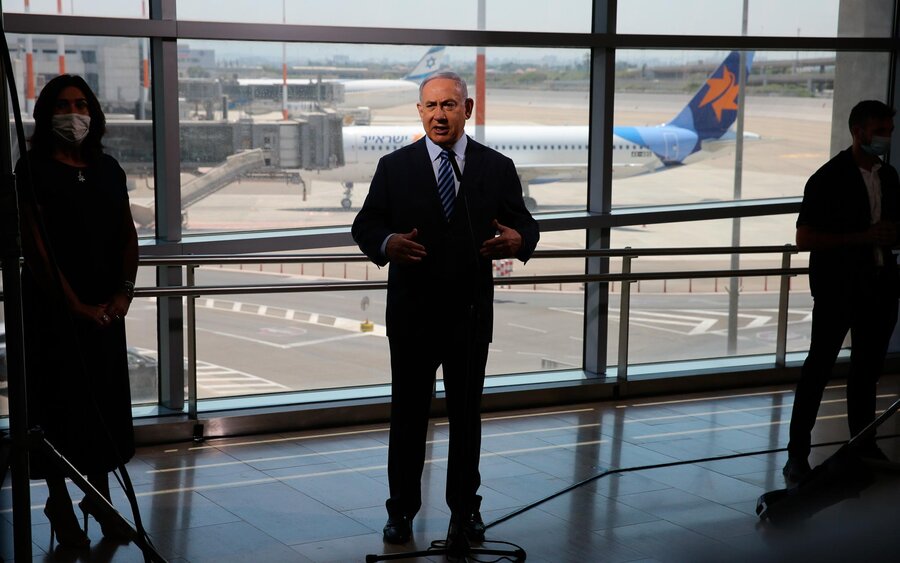 On Tuesday, Israel and Sudan said they are close to reaching a peace agreement – setting the stage for a possible second dramatic diplomatic breakthrough for Israel with its Arab neighbors in a matter of days.

A Sudanese Foreign Ministry official announced that his government is “looking forward to concluding a peace agreement with Israel,” drawing a pledge from Israeli Prime Minister Benjamin Netanyahu to “do all that’s needed” to wrap up a deal.

The announcements came days after Israel and the United Arab Emirates announced an agreement to establish formal diplomatic ties.

While Sudan does not have the resources and influence of the UAE, it has a far more hostile history toward Israel.

Sudan hosted the landmark Arab conference after the 1967 Mideast war where eight Arab countries approved the “three no’s”: no peace with Israel, no recognition of Israel, and no negotiations.

In 1993, the United States designated Sudan a state sponsor of terrorism in part for its support of a number of anti-Israel militant groups, including Hamas and Hezbollah.

But in recent years those hostilities have softened, and both countries have expressed readiness to normalize relations.

Sky News Arabia quoted a Sudanese Foreign Ministry spokesman as saying his government looked forward to a peace agreement “based on equality and Sudanese interests.”

“There is no reason to continue hostility between Sudan and Israel,” the spokesman, Haidar Badawi, was quoted as saying.

“We don’t deny that there are communications” with Israel, he added, saying both countries would gain much from a deal.

A Sudanese government official told The Associated Press that deliberations between Sudanese and Israeli officials have been going on for months, with help from Egypt, the UAE, and the U.S.

“It’s a matter of time. We are finalizing everything. The Emirati move encouraged us and helped calm some voices within the government who were afraid of backlash from the Sudanese public,” he said, speaking on condition of anonymity because he was not authorized to brief the media.

In February, Mr. Netanyahu met Gen. Abdel-Fattah Burhan, the head of Sudan’s transitional government, during a trip to Uganda where they pledged to pursue normalization. The meeting was held secretly and only announced after the fact.

In a statement Tuesday, Mr. Netanyahu said Israel, Sudan, and the entire region will benefit from a deal. “We will do all that’s needed to turn this vision into a reality,” he said.

After last week’s announcement with the UAE, Mr. Netanyahu predicted that other Arab countries would soon follow suit.

An Israeli deal with Sudan would mark a new setback for the Palestinians, who have long counted on the Arab world to press Israel to make concessions to them as a condition for normalization. That wall of Arab support had long served as one of the Palestinians’ few points of leverage against Israel.

The internationally recognized Palestinian Authority severed ties with the White House after President Donald Trump recognized contested Jerusalem as Israel’s capital in December 2017. The Palestinians have rejected Mr. Trump’s Mideast plan released early this year, which heavily favors Israel, as being unfairly biased. They have condemned the Emirati decision as treason.

With the Palestinians not speaking to the White House, the Trump administration has adopted a Mideast policy that essentially ignores them while pursuing a broader Arab-Israeli rapprochement. U.S. officials believe that Palestinians will eventually tire of isolation if they see fellow Arabs pressing ahead with improved relations with Israel and ultimately agree to negotiate a settlement, even if it means backing down on some of their most significant demands.

At the same time, Arab countries have become increasingly willing to pursue interests that come at the expense of the Palestinians. There was no immediate Palestinian comment about Sudan.

Sudan is desperate to lift sanctions linked to its listing by the U.S. as a state sponsor of terror – a key step toward ending its isolation and rebuilding its economy after the popular uprising that toppled longtime dictator Omar al-Bashir last year.