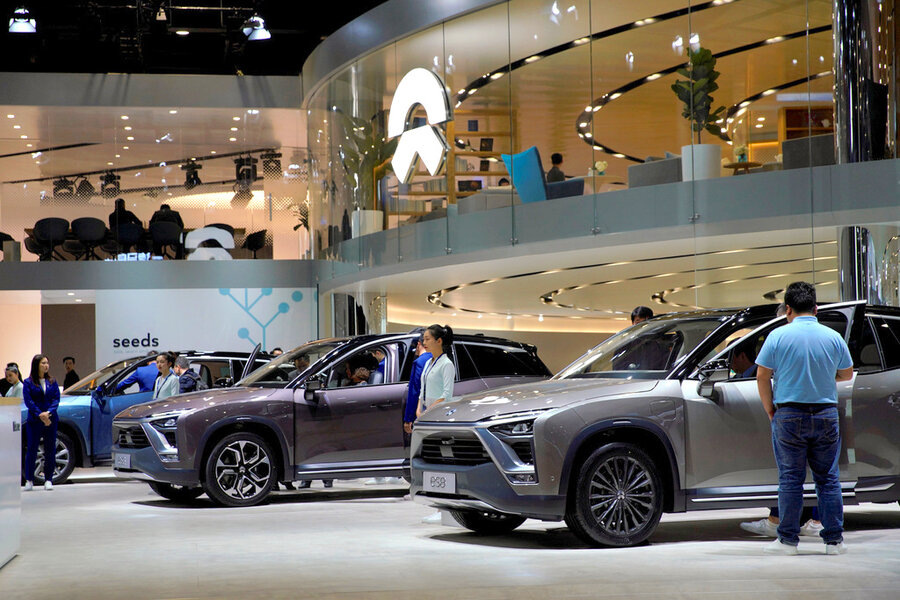 A vital piece of the climate change puzzle is falling into place faster than expected. Electric-vehicle makers are outgrowing their pioneer days when they sold mainly subcompact cars sipping juice from limited batteries. Now electric SUVs and even larger vehicles are hitting showrooms.

The sweet spot in today’s auto market are SUVs, those suburban do-it-all workhorses. Industry leader Tesla is pursuing these customers aggressively with its Model X. General Motors just announced Lyriq, a Cadillac SUV. Jaguar and Audi are also selling electric SUVs while BMW, Mercedes-Benz, and EV startups Fisker and Rivian have SUVs on the way.

Then there are the electric pickup trucks, such as GMC’s Hummer, planned for shipment in 2021. Tesla’s futuristic-looking cybertruck and an all-electric Ford F-150 are among those on the way too. Last September, Amazon stole headlines when it ordered 100,000 electric-powered delivery vans from Rivian. The pandemic slowed the building of a manufacturing plant for these EVs. Rivian says it’s still on track to begin delivering them next year.

To really cut tailpipe emissions in the transport sector, the EV industry is now aiming at conventional trucks and buses. Their tailpipes cough out nearly a quarter of the greenhouse gas emissions from transportation.

Just over 2,000 electric trucks were on U.S. roads at the end of last year, according to consulting firm Wood Mackenzie. But that number is expected to grow to more than 54,000 in the next five years. Long-haul trucks will need a system of charging stations that is still to be developed. But trucks that are used on short trips during the day, and can sit and recharge overnight, already make sense.

Trash hauler Republic Services, for example, plans to buy 2,500 garbage trucks from startup Nikola to be delivered by 2023. The trucks will have a range of 150 miles, more than enough for a day’s work.

When the world emerges from the pandemic it may find that the peak year for sales of fossil fuel-powered vehicles has already happened. Worldwide, total EV sales of all types are expected to shoot up from 2.5 million in 2020 to 31.1 million by the end of the decade, consulting firm Deloitte forecasts. GM alone is planning to spend $20 billion in the next five years on EVs and autonomous vehicles, and says it will introduce 20 EV models by 2023. The global trend is bolstered by government policies, especially in Europe and China, that include buyer subsidies and restrictions on emissions of CO2.

Half of all vehicles sold a decade from now will be electric or hybrid, projects Seth Goldstein, chair of the EV committee at investment research firm Morningstar. “Most electric vehicles can go 300 miles or greater on a single charge,” he says, a number needed for most consumers to consider them.

In addition, the long-term costs of owning an EV in the U.S. are thousands of dollars lower than gasoline-powered models, a new study from the U.S. Energy Department has found. The study took into account variations in electric power rates and gasoline prices, and found owners would save $3,000 to $10,500 driving an EV over a 15-year period.

As more people ask what they can do about climate change, the EV industry is making that choice easier with better technology and large-scale production. And as EVs start to dominate the highways, the climate change puzzle may not seem so difficult to solve.