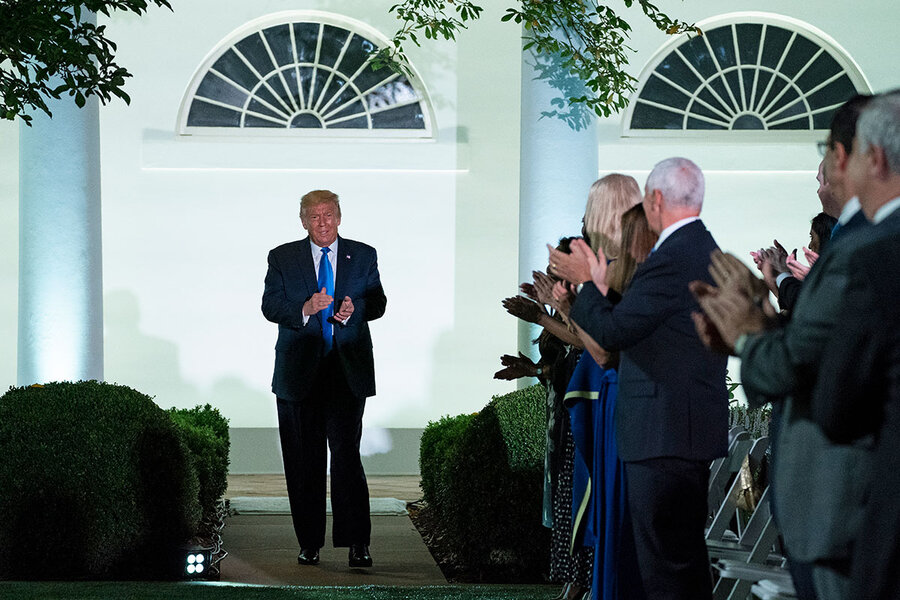 “Nobody outside the Beltway really cares,” White House Chief of Staff Mark Meadows said on Wednesday.

Mr. Meadows was dismissing critics who’ve accused the Trump administration of violating a venerable federal law, the Hatch Act, by using the White House as a backdrop for Republican National Convention activities.

He may be right. The Hatch Act is meant to prevent federal employees from engaging in overt electioneering while at work. The president and vice president are largely exempt, though. The statute was originally passed in 1939 and many voters, if they’ve heard of it at all, might view it as a fusty relic.

But some watchdog groups are complaining that President Donald Trump has knocked down another political norm by erasing the line between governing and running for office.

And you know who does care about the Hatch Act? The numerous lower-level government employees who are disciplined for violating it every year.

In late July, for instance, a Food and Drug Administration employee was suspended for 120 days, without pay, for violating the Hatch Act’s prohibition against personally soliciting political donations. Among other things, he allowed his name and photo to be used for fundraising on social media.

In June, a U.S. Postal Service sales associate in California was suspended for 10 days for making a political statement while working, another potential Hatch Act violation. (The employee told a customer that it costs 71 cents to mail a ballot, but “five bucks if you’re a Democrat.”)

Also in June, a Federal Aviation Administration employee was suspended for 30 days for making multiple social media posts from his government computer in support of Democratic candidates and in opposition to Republicans.

And so on. Most federal workers can’t wear campaign buttons at work. They’re prohibited from even “liking” partisan social media content when they’re on duty. Executive branch departments routinely send out ethics reminders outlining these limits.

The U.S. Office of Special Counsel, the investigative and prosecutorial agency which oversees the Hatch Act, has reprimanded at least 11 top Trump administration officials for violations. In 2019 the O.S.C. went so far as to send a letter to President Trump recommending that presidential counselor Kellyanne Conway be fired as a repeat offender.

The White House declined, saying among other things that her alleged offenses represented constitutionally-protected free speech.

Let us know what you’re thinking at csmpolitics@csmonitor.com.