One would assume that the debate on privatising airports was settled after the manner in which GMR unveiled the plush, spacious and world class Terminal 3 of the Indira Gandhi International Airport before the 2010 Commonwealth Games. But down south in Thiruvananthapuram, both the leading fronts LDF and UDF haven’t taken kindly to the divesting of the city’s “international” airport from the Airports Authority of India. In competitive bidding, Adani’s sealed cover bid surpassed the Kerala government floated Kerala State Industrial Development Corporation. Downplaying criticism of Adani bagging most of the new airport contracts, Centre has credited the PPP model for the excellent facilities at airports in Delhi, Bengaluru and Hyderabad.

However, in left-leading Kerala, both the LDF and UDF that dominate state politics are not buying the PPP model and are dubbing it privatisation on the sly. Their main grouse is that the land acquisition for the airport was done by the state government and the 350-odd acres of prime land was transferred free to AAI thus making the state government also a stakeholder in the airport. Yet there is strong pushback against the LDF-UDF unity, notably from Thiruvananthapuram MP Shashi Tharoor who has come out all guns blazing in support of PPP. Tharoor says he has reservations about crony capitalism but does not doubt Adani’s commitment to improving Thiruvananthapuram airport, given that Adani Enterprises is also building the sea port adjoining the city.

Both sides are making persuasive arguments with state finance minister Thomas Isaac ably leading the CPM charge. But it appears that it is Tharoor’s views that are selling with the aspirational middle class. After being beaten by Adani in the bidding, Kerala government offered to match Adani’s bid to prevent the corporate group from taking over the airport. The state is also proposing a PPP model of the Cochin Airport kind where the state government, central agencies, and the general public including NRIs become shareholders with operational control vested with the state government and an IAS officer at the airport’s helm. However, I am not convinced that airport expansion and effective land use is possible through such a convoluted holding structures or government taking business decisions. Over time I have come to believe government should not operate businesses. 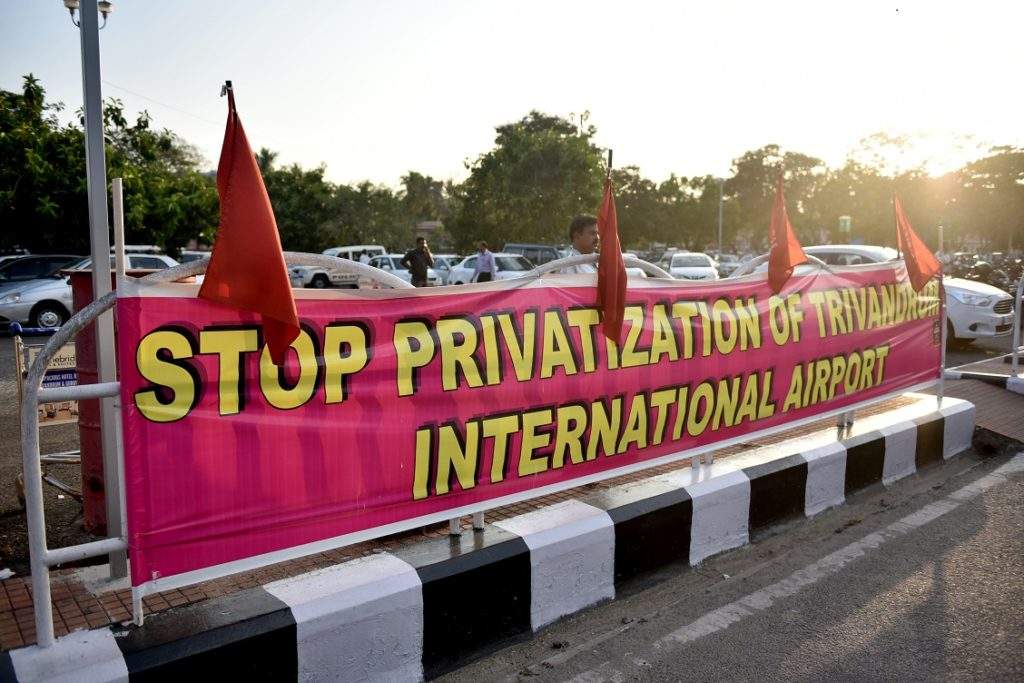 In fact there is reason to believe that it is the prime land costing thousands of crores of rupees, rather the airport, which is the major bone of contention. Local politicians are wary about how Adani will monetise the land around the airport acquired by government from local people, especially the fishing community. But it is also equally moot to ask what AAI has achieved in all these decades with the land in its possession. If a corporate company can turn it into revenue earning enterprises it helps both the beleagured state exchequer and the job-starved Malayali.

But regional aspirations may win the day for Adani just as it must assuage any discontent among local communities bordering the airport land. For a few decades now, a common grouse in Thiruvananthapuram is that politicians lording the state from other districts are neglecting the capital city’s development. There is little truth on this score in most areas save one, the extraordinarily high air tariffs travellers pay to fly to Thriruvananthapuram compared to Kochi, just 150 kilometres to the north as the crow flies. The fewer flight options are also a genuine grievance. Tharoor believes a private operator like Adani with deep pockets can give a real facelift  to the airport that will woo more global companies to invest in the city and create job opportunities for locals.

CPM, despite the soaring revenue deficit of the state, believes a PSU like KSIIDC can achieve the same. Given the kind of socialist-era nondescript, outdated, barebones and unscaleable  structures under government control that continue to dominate our urban landscapes like railway stations, bus terminals, corporation and government offices, AAI’s airports, etc, we know what to expect from a government-owned entity. 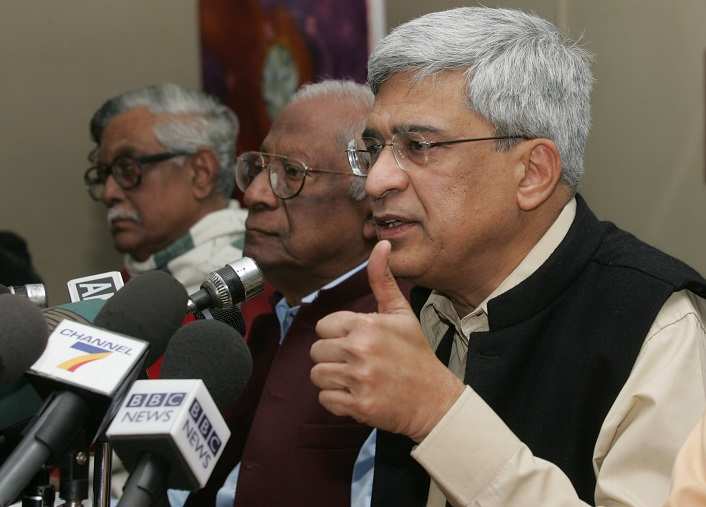 Perhaps, I am too much in the thrall of the glass facade monstrosities that dot the privatised face of modern India. But there is no denying that such structures, be they malls, airports, apartment buildings, and hospitals are real job generators during construction and when operating in full swing. The Congress-led UDF has been left red-faced by Tharoor’s defiance and his principled stand on the issue. In a peremptory tone, Tharoor is asking his party why they didn’t consult him before jumping the gun. Perhaps, UDF may want to align with the UPA which set the ball rolling on corporate takeover of airports.

Let’s be fair. Companies like GMR and GVK with foreign technical help have expanded fast and furiously the airports under their charge. The advantage of not being tied down by bureaucratic sloth or having to play, safe which is the bane of any governmental initiative, helped them grow fast past airports under AAI charge. The Kerala government must give Adani a few years and wait and watch their vision for the airport and the direction to which they take the expansion efforts. The model that creates jobs for locals, woos more flights to the city, and consequently can lower ticket prices has my vote. After seeing Airport Authority of India in action, replacing one governmental agency with another doesn’t inspire confidence.